Three Quarters Of Brits Are Gardeners!!

Gardening is one of the most talked-about hobbies in Britain – but just how popular is it?

Well, according to a recent survey stats, a massive three quarters – or 77 per cent – of Brits garden.

When just over 2,000 people took part in the same Royal Horticultural Society (RHS) survey, 82 per cent of the gardeners in the bunch said the activity boosted their happiness. It turned out that planting was the gardening job that the highest proportion said made them happiest. 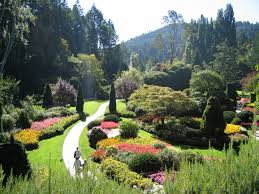 Some 71 per cent put putting plants in the soil in this position, against 41 per cent who said the same of pruning and 34 per cent who felt – surprisingly enough – that weeding was the garden task that made them happiest!

Meanwhile, 80 per cent said that going outside and being active what a reason they enjoyed the activity of gardening. Some 72 per cent were in it for the satisfaction they could get from growing things.

And 62 per cent liked the sense that they had achieved something, while just over half (52 per cent) enjoyed making something beautiful.

“Coming in January, traditionally thought of as the most depressing month of the year when job hunting is at its highest, these stats might prompt a few to think about their career direction,” commented RHS chief advisor, Guy Barter, when the stats were released near the beggining of this year.

The Society has made several short videos talking to people who decided to work in horticulture having previously done other jobs.

“With these stats showing that most people feel happy gardening, the RHS would love to encourage more people to try getting outside to garden away those winter blues,” added Mr Barter.

“Obviously January isn’t a typical time you’d think about gardening, but there’s lots you can do to start getting your plot in shape for spring like digging up beds and lugging about pots, all of which are also great for releasing endorphins – and cheaper than the gym!”

He recommended getting outside to do jobs in the garden at winter to people who weren’t doing it.

“If gardening makes them happier, what better time than now to help cheer them up?” he asked.

Mr Barter also said that he hoped the results and the new RHS films would encourage greater numbers to enjoy the garden during January and maybe make some more people who work in offices consider horticulture careers again.

He suggested that spring is a good point of year year to begin moving plant pots that have been in greenhouses back into the garden, at the least when it’s daylight.

People could get their muscles working by carrying pots about he suggested, reminding them to lift properly, from the knees, rather than their waist.

Among his range of January tips was that digging was likely the optimum way to work out in the garden – with lots of digging needed during the month.

Another tip was that changing between different sorts of exercise was good for fitness and digging out the compost bin, mixing the contents and replacing would help the compost and use many different muscle groups.

If your garden means a lot to you, one easy way to potentially see more of it as you work would be to looking into the sorts of garden rooms that can be used as dedicated offices.

It might not be the same as actually doing your work out in a garden each day, but it can certainly bring you close to your treasured green space.

And being right there in the garden while you work could make you much more likely to do some gardening jobs in your lunch break, for example!

If you’re thinking of making garden changes this year, putting one of these rooms in place could be one of the improvements you want to consider.

A garden room could be a great way to bring change to the garden. Think about this as you plan the new plants you want to buy and work on your outside space.

Stay Safe Online Quiz – How Safe Are You Online?