The Stupidest Financial Fraudsters Ever

When we hear about fraud, most of us probably assume it’s carried out by really smart (individuals and in most cases that’s probably true. People who manage to evade authorities, crack high-security systems and cost the British public millions on credit card fraud and phishing scams annually tend to be pretty clever. Of course, not everyone can be as smart as Frank Abagnale and Barry Minkow. In fact, you might even call those who feature in the following cases about as dim as a rusticated spoon.

Kimberly Du was a 35 year-old Des Moines, Iowa resident when she accrued a few parking tickets. She didn’t want to pay them. In fact, she really didn’t want to pay them, so much so that she decided there was only one solution: faking her own death. It’s obvious when you think about it, as long as you only think about it for about three seconds that is. She created a false obituary and sent a letter to a judge purportedly signed by her mother (because faking your own death is as easy as bunking off school for the day) that said Kimberly had been killed in a car crash. And it was all going swimmingly well too, right up until the point that Du got herself another traffic ticket. At that point her crimes went from a few minor traffic violations to class D felony. The case was eventually settled and Du was ordered to pay $500 and placed on two years’ probation. 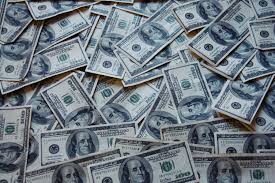 Jonathan Hambly probably didn’t win too many bright spark awards in school (principally because that’s a made up award). In April, he presented a forged cheque to a local cheque-cashing outlet and told the cashier that it was a security deposit refund. So far, so good. The cashier asked for his address, which he happily provided and Hambly must have felt he was going to get away with it. That is right up until the cashier said she couldn’t cash the cheque. “Why?” Hambly innocently asked. Well Mr Hambly it turns out that Midland Bank doesn’t actually exist anymore and hasn’t existed for almost decade since it was taken over by HSBC in 1999. Hambly did just about the smartest thing he could do, he ran away. He was later arrested and fined £60 and ordered to do 120 hours of community work. Lessons to be learned, drawing money from a non-existent current account in a defunct bank is always going to draw suspicion.

In the dim fraudster stakes Clifton Wright takes some beating, although we can’t fault him for ambition. The plan was to order 50 mobile phones from a company in Minnesota and give the Monroe FBI office as the shipping address. He sent the company a forged cashier’s cheque for $2,359.45. The final bit of this ingenious scheme was to flag down the delivery truck in front of the FBI’s office and get the driver to hand over the merchandise by convincing them he was there to pick them up, plus it would save time going through all the safety procedures in the building. So far, so stupid. Whether his plan would actually have worked is pretty dubious. However, the FBI were altered to the scheme when the company noted that he had misspelled “cashier” as “cahier” and contacted the Monroe FBI, who waited until they saw a very, very silly man wave down the delivery van and promptly arrested them. At this point they also discovered that he was a fugitive from another state.

When you’re committing fraud with stolen goods, it’s best to pick your targets carefully. For instance, if you’ve stolen someone’s purse and driving license it would be very, very unfortunate if you happened to run into that person when using said stolen goods. Alas, that’s exactly what happened to Ashlie Williams, who on finishing picking up her goods in a New Orleans store wrote a cheque for $259.17. She handed over the distinctive cheque with a Looney Tunes background to the shop assistant. Gennifer Robinson recognised the cheque instantly. She also recognised the person’s name on the cheque, hers. Her purse, cheque book and driver’s license had been stolen a few days previously. Now that might be classed as simply very, very unfortunate, if the stolen purse didn’t have four picture IDs inside.