Oz And Canada Pip The UAE In Quality Of Life Study

According to the 2014 NatWest study of more than1,800 expats, carried out by the Centre for Future Studies, nine in 10 (89%) British expats in Australia report an improved quality of life. The number one reason for them being there is the better environment and quality of life for their children, with a further 73% also having seen their health improve. Over two thirds (68%) say they are wealthier, reporting an increase in disposable income since moving to Australia and a further 88% rate the state of the economy highly.

For over eight in 10 (84%) Brits, the Aussie sunshine is one of the top five reasons for living there, so much so that 87% will remain in Australia indefinitely, with 26% of the expats living in the country already retired. 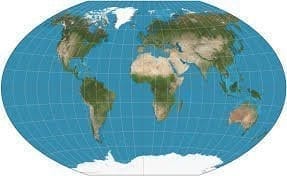 The study reveals British expats in the UAE are typically young; 25-35 years old. The country provides a good working environment for 84%, with a further 92% reporting a high disposable income and 82% excellent career prospects. Despite career benefits however, expats there have found it difficult making friends and integrating into the community.

The study also suggests demand for British professional skills in the tiger economies will undoubtedly continue to grow. This has already led to a 34% increase in the number of expats working in China, Singapore and the UAE, while those working in the US have decreased 17%.

Over the past six years South Africa has seen their number of expats soar, up 19% over the period. There are an estimated 239,000 British expats in South Africa, higher than the number resident in France and New Zealand. In contrast, there has been a 30% decrease in the number moving to Western European countries, particularly Spain, Portugal and France and this trend is likely to continue.

Dave Isley, the head of NatWest International Personal Banking, says, “Our Quality of Life 2014 Index has revealed some interesting shifts in quality of life for British expats. With the heyday of Europe seemingly forgotten, the Far East has tempted many expats to dip their toes into a different life, one they appear to be reaping the benefits of. Better career prospects and higher wages are enjoyed by many in China, Singapore and Hong Kong, which has lifted these countries up the league table.”