Top Posts
Teen Calm Review And Win A Teen Calm...
Pampering Yourself For Life After Lockdown
Project 366 – Week 22
4 Ways To Spruce Up Your Garden For...
Win A BLOpens Rainbow Set
Project 366 – Week 21
Our Favourite Subscription Boxes For Lockdown Treats
Our Lockdown Week Of Treats
Win An Immunity Supplements Box
SimpleCyberLife Annual Membership Giveaway
Home Post Why Help To Buy Isn’t For Everyone
Post

Why Help To Buy Isn’t For Everyone

If buying a house is one of the proudest achievements of a person’s life then the government’s Help to Buy scheme is making many people pretty proud. According to the latest figures released by Gov.UK more than 54,000 homeowners have been created in England alone since the introduction of the scheme in 2013.

With house prices continuing to rocket the Government faced a problem; how do they give those people who can afford a mortgage and want to take advantage of current low interest rates, but can’t amass the funds needed for a deposit, the chance to clamber onto the housing ladder?

So it stepped in with funds to plug the gap in what is a scheme widely regarded as a great success; the homeowner–to-be needs a 5% deposit, the government lends up to 20%, and whatever is left is still borrowed from a mortgage lender.

It gives the buyer more options in choosing a home (since the lender is only concerned with the money they are lending out) and the government’s equity loan is interest free for five years. Money Advice Service has a guide to those who can benefit from the Help to Buy scheme. 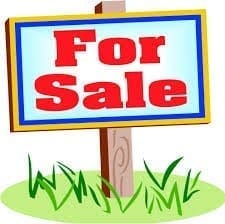 The scheme can be used for those selling up and moving to a second house, but it’s been taken on mainly by people buying their first home – eight out of ten sales went to first time buyers. The Telegraph recently spoke to some new homeowners who benefited from the scheme, and some who didn’t, because there are some potential buyers who will gain no advantage from the scheme. Here are five wannabe-homeowners who may face disappointment.

The scheme was designed to help those who want to get on the housing ladder in the first place, not those who want to add extra rungs for themselves. If you’ve paid off your mortgage and want to add a holiday home in Devon or Scotland, or perhaps a property to rent out to bring in some extra income, then this scheme is not for you.

An interest-only mortgage is for those who may have an inconsistent and fluctuating income – and unfortunately the Help to Buy Scheme does not extend to them. The minimum requirement is that the buyer pays the interest every month, and any extra off the house should they wish – but this is not mandatory. This means that the monthly payments are far cheaper, but also means that if the loanee never pays any extra they will not own the house at the end of the mortgage spell.

The clue is in the name of the scheme, as few would suggest people looking for homes of these prices need any help in finding and paying for a property. The Scottish government recently announced that it was cutting the maximum house price under the scheme to £250,000.

Banks and building societies are more stringent following the Mortgage Market Review earlier this year; you’ll need to show them you are in control of your finances and have a credible strategy for paying back the loan, otherwise you might be refused.

Christmas: Beauty Gifts And Stocking Fillers For All

it is such a complicated and quite scary process it’s great that there are services out there to help people figure these things out.

Absolutely! Always best to arm yourself with as much information as possible – such a big step and the most expensive thing many people will ever buy!