Bury… it’s never going to take the world by storm, but over the past few years, good things have started to happen in the town just 12 miles north of Manchester city centre.

Firstly the Ramsbottom Festival, also known as the Rammy Festival to the locals… has turned the sleepy, idyllic village into the place to be. Once a year a family oriented music festival is hosted, with visitors travelling miles to attend. Liv and I were lucky enough to be able to attend last year and had so much fun. Live music kept us all entertained as well as many activities for kids to join and take part in. Last year, the headliners were Soul II Soul, a band I loved ‘back in the day’, yet due to the time they were scheduled at, I sadly missed them. 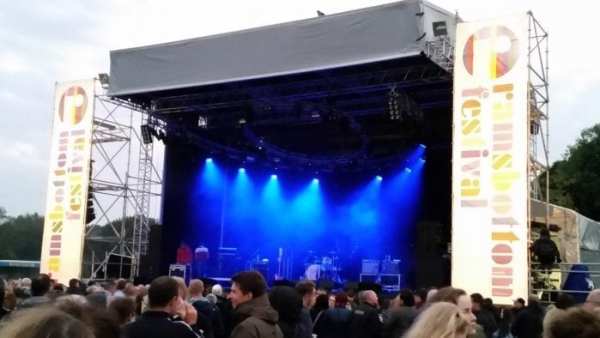 This year the festival falls between Friday 18th September and Sunday 20th September 2015. Early bird tickets are already sold out for the event, however day/weekend and family tickets are still available, with further details regarding the line up filtering through throughout the year.

In June, Gigg Lane, the home of Bury FC, (it still riles me to call it the JD Stadium!) will play host to the inaugural BL9 Music Weekender. This festival allows children over the age of 11 years. (Grrrr!)

The latest music festival on the block, already the line up is stonking! I became aware of the festival at the weekend when obliviously scrolling through Facebook I saw a statement reading ‘The Happy Monday’s Headlining at Gigg Lane!’

No, seriously! The Happy Mondays will be headlining the BL9 Weekender festival on Saturday 13th June 2015, with Razorlight headlining on Sunday 14th June.

Do these bands even know Bury exists? I expect they couldn’t even point it out on a map… well, maybe Bez could when he stops dancing… however who actually wants Bez to stop dancing? The guy is a legend!

Both of these awesome festivals are located within 2 mile of my house… it would be rude not to rock up and relive my youth… if only for the weekend… twice over!

Lots Of Family Fun At The Head For...

Is This The Greatest Head For The Hills...

i love going to any music festival here in Manila PH. i just love and appreciate all music genres.

I love music festivals too! I cannot believe how lucky I am to have 2 awesome festivals literally on my doorstep!

Wow I wish something Luke this happens in my city as I am a big music junkie.

I am so excited! It is certainly going to be an awesome summer!

I’ve always wanted to attend music festivals. It looks really nice, something I missed out on during my younger years! Lol

Make a pact to attend the next local festival to you – you will be surprised, they are awesome!

I think music festivals are always effective in drumming stuff up in any town. There’s something about music festivals that would always put people in a cheery mood. I’ve been to several and I’ve enjoyed each one of them.

Absolutely! Everyone has an amazing time, oddly, my home town seems to have so many festivals going on… I am not complaining!

I love music festivals! I try going to as many as I can here in my town and in the near towns here =)

I attended the Rammy festival last year due to it being child friendly, though it has been a while since I attended a festival beforehand 🙁

Ah, don’t we miss our youth! Have fun at the festival!

Ohhhhh yes… recapturing my youth is proving harder as they years fly by but festivals keep me in check! 🙂

Never heard of Bury myself. Would not have known that was the name of a place. But how fortunate of you to live near the venue of a music festival!

Fred… we have a World Famous Market apparently! People travel on coaches from across the UK to come to our market… absolutely no idea why! However, yes, I am very lucky – it’s just what this small town needs!

I totally enjoy attending music festivals! I am sure you will enjoy the live music and swinging to it!

Thanks chick! Looks like it will be a great summer festival wise… bring it on!! 🙂

Even my friends would so love this – they love things like these as well.

Definitely – the festivals will be fantastic this year and I am super excited!! 🙂 xx

This looks like a fun filled musical events. And it’s nice that kids are allowed to experience this kind of festival 🙂

The Ramsbottom Festival is fantastic for children – so much going on for them – face painting, games, entertainers etc – a great vibe and atmosphere!

Recently, a Music Festival was cancelled in Singapore because of certain licensing issue. Boohooo… such music festival must be fun over in the states.

I wouldn’t know about the States Tiffany- I’m in the UK! 🙂 We certainly have awesome festivals! Such a shame about the recent Music Festival – will they be doing another soon?

The tickets are definitely hot for this events. I’m sure the Family tickets would be out soon especially this one is a family friendly event.

They all seem to be selling like hot cakes at the moment, but I cannot make a move yet on them… will just have to wait and keep my fingers crossed there are still tickets available!

Looks like very fun-filled musical event! How I wish I could be there, too!

This festival seems to be so much fun, you still have time to prepare for it in the best possible way so that you enjoy it to the full. Music in the open is such a great experience!

Definitely – it would require a wardrobe overhaul for the weekend for some awesome festival clothes! Can’t wait!

I used to attend summer music festivals in Central Park and got to hear a diverse group of musicians… This is a reminder to get back to it.

Absolutely! I expect festivals in Central Park were awesome – hope you manage to attend one this year! 🙂

Family oriented? I haven’t heard of bury, so a music festival with a bigger market like this would definitely give Bury more exposure.

Really wish there were more festivals like these near my house! Hope you blog about this in the future! 😀

A very good musical event the whole community can enjoy. wish there is one like that in our place.

I am so excited! The Ramsbottom Festival was awesome last year and no doubt this year will be even better! 🙂

Oh my days, that sounds rather scary – best staying away from them for sure!

This music concerts is very much favorite of mine.

Absolutely! What is better than chilling in the summertime watching your favourite bands live! 🙂

i must say that, to watch any music concert is just amazing.
i love this music concert.
Keep providing us these kind of info

one of the best music concert i have ever seen.
Thanks a lot author