Ice skating is something that I have attempted once, realised I was useless and never attempted again. So to watch the professional skaters performing on the opening night of Disney On Ice at the Manchester Arena on Wednesday evening was a real highlight of our week! 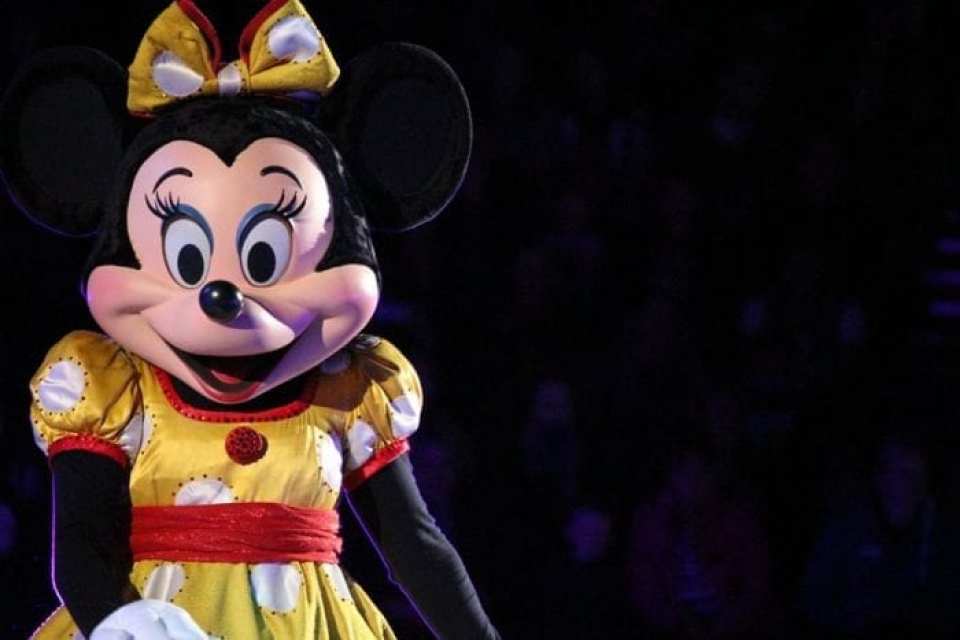 For two hours (there is an intermission!), the crowd were entertained and mesmerised by the prowess of the professional skaters in their stunning costumes as they acted out scenes from ever popular Disney films.

Opening night was electric and so many children had dressed up for the occasion, including Liv who was dressed in her Princess dress – the venue is much warmer than you would imagine, even with us sitting 4 rows back from the actual ice! I never felt the need to put my coat on, despite wearing a thin jumper. I know this is something some may wonder about and hope this answers your question!

We were treated to such a wonderful experience on the evening and even had the chance to Meet and Greet with Mickey Mouse and Minnie Mouse, much to Liv’s delight. She was so excited by the prospect, that her own much loved and slightly discoloured Minnie Mouse teddy had to come along for the evening too! 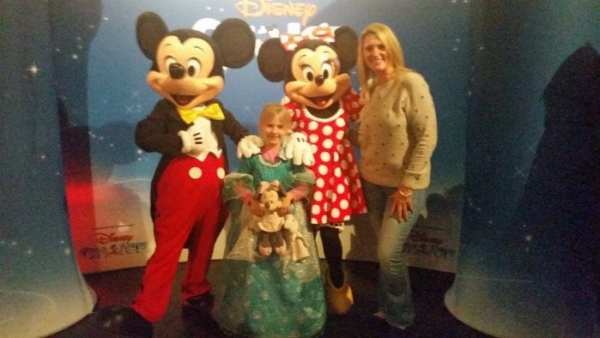 Our seats were amazing and had such a wonderful, almost level view of the actual rink. We were so close to the action that we could actually see the individual gems on costumes! Someone always has to make a mistake and this year it was ‘Andy’ from Toy Story who took a little tumble…  it’s alright dude, happens to all of us! I so happened to innocently walk into the men’s toilets on the way out – can only happen to me right?! 😉

We attended Disney On Ice last year and it was lovely to see that the whole show had completely changed. Again something completely different and it kept children and adults entertained for the whole show. 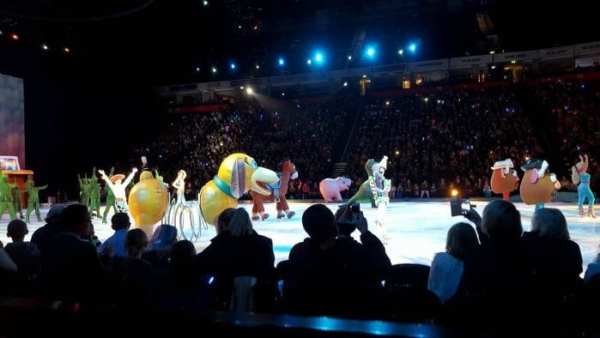 The Frozen segment was absolutely stunning and I am so glad that this was included this year… me and no doubt thousands of other Frozen fans! The dresses were amazing, along with the props –  the choreography so expertly mastered and everyone was totally enthralled watching the story unfold.

Disney On Ice is amazing to watch at any age and I was as bowled over as Liv! With the tour in Manchester until Sunday, before moving on around the country, tickets can be purchased via the Disney On Ice website. The experience is amazing and a definite warm up to Christmas!

Spreading The Disney Magic With #DisneyStoreFamily This Christmas

It was exceptionally good. We all had a lovely time, thank you for the company 🙂