Home » Teaching Your Kids About Money 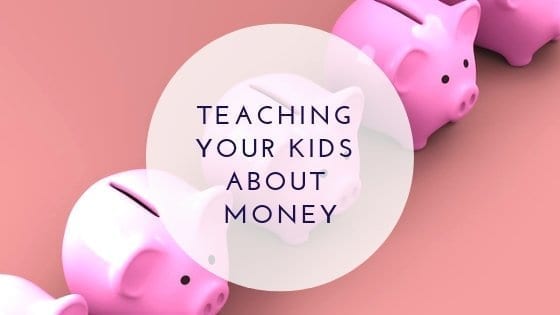 As parents, we are sometimes a little reticent about discussing money with our children. Whether it is down to a fear that we do not wish to rob them of their innocence too young, a feeling that money is “adult business” and doesn’t concern them is open to debate. For most of us it is probably down to a combination of reasons. However it is never too early when teaching your kids about money.

Teaching Your Kids About Money

Be that as it may, the truth is that children learn more about the practicalities of money at home than they do at school. If we do not actively set out to educate them, they will simply pick up attitudes and habits through imitation. If that thought is starting to make you feel a little uncomfortable, perhaps it is time to actively teach them some golden rules that will help them stay in good financial health in later life.

The value of saving

It’s one of the fundamentals, and is probably an area you think you have covered. Most kids have a piggy bank for pocket money or those financial gifts from relatives, and it is a great way to get then used to the idea of saving or spending.

Of course, in later life, it will be a real bank, not the porcine variety, they will be using, so why not get them used to the idea sooner rather than later with a savings account or even better, a junior ISA?

Most of us enter adult life with only the vaguest idea about investments, and would struggle to tell a CFD from a government bond. Nobody is suggesting your eleven year old needs to be an expert in interpreting the financial pages, but it is never too early to talk in general terms about how a company operates and to explain the concept of shares.

There is no need to go heavily into the numbers, but by discussing aspects such as ethical investment funds, you can get children interested by appealing to things that matter to them. These might include reducing our impact on the environment or protecting children who are forced to work in factories in developing countries.

Dragging the kids around the shops can be a bind, and when you are doing so, you probably want to get in and out as fast as possible. In other words, it’s not a great time for lessons in money management.

However, the internet is a wonderful thing. If you are shopping online, whether it is for clothes, car insurance or a holiday, get the kids involved. Show them what you are doing, narrow down the options, and ask them which one they would choose, and why. You never know, they might just spot a better deal than you would otherwise have selected!

The value of giving

Money management is not all about lining your own pocket. A successful society is one that exercises compassion and generosity, and sometimes that involves spending money. Talk about different types of charity and give kids the opportunity to support one at a young age. Teaching your kids about money should start early on. After all, giving is a habit and it is a great one to develop.

4 Ways To Deal With A Financial Emergency

Why You Should Always Buy Quality Not Quantity

The Hidden Costs Of Starting A Business