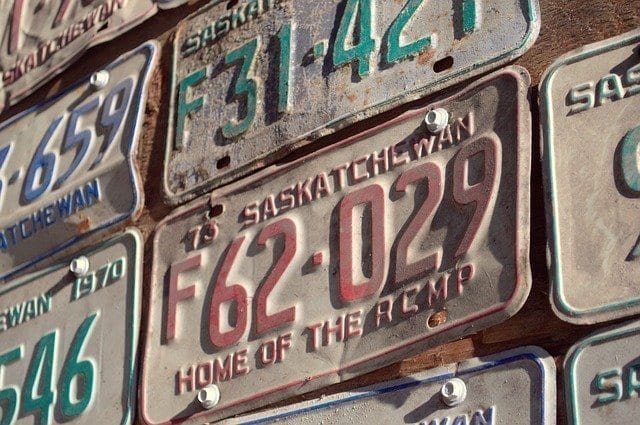 Personalised number plates have been available to buy for your car since 1989 through the DVLA and over the 30 years that they have been offering this service, it is estimated that the DVLA has made as much as £2billion.

There are around 45 million personalised number plates that are available to buy, from such sites as NewReg.co.uk and how much they are going to cost you will depend on what you want them to say and quite how personalised they are. The first thing to think about is which style you want your number plate to be.

There are four types of number plates that you can buy in the UK and which one you choose will have an impact on how much you are going to have to pay out to buy it.

The current style of registration plate has been used since 2001 and contains seven characters. There are two letters, then two numbers with three random letters at the end. The numbers will be a representation of the age of the vehicle.

There are personalised versions of the current style of number plates available to buy, however, if you do buy them then you can find that the variations between them and standard number plates are hard to spot.

Number plates that were issued between 1983 and 2001 are known as prefix plates. This is because the first letter of the number plate is what represents the age of the vehicle. Each letter relates to a year, such as F being registered to August 1988.

Between 1963 and 1983 the UK issued suffix style number plates. These number plates have the indicator of age at the end of the plate. It comes in the form of a letter, so, A would have represented 1963 whilst B would have been 1964.

One of the most expensive number plate types that you can buy is what is known as a dateless style. These were used prior to 1963 and nothing within the number plate relates to the age of the vehicle.

How much can I expect to pay for my private number plate?

Number plates which are dateless will really only be found sold at auctions and you can expect the cost of these to be higher as well as rise quickly, depending on the demand on the number plate.

The thing to remember about number plates is their cost depends on supply and demand, whilst you may think that your number plate is personal to you, having your initials or the first three letters of your name isn’t going to appeal to everyone and therefore it might not cost as much as you may think to buy.

Saving the Most on Your New Car

The Benefits Of Buying A Used Car

What To Look For In A New Car