Home » Edible Flowers in My Garden – What Can I Eat? 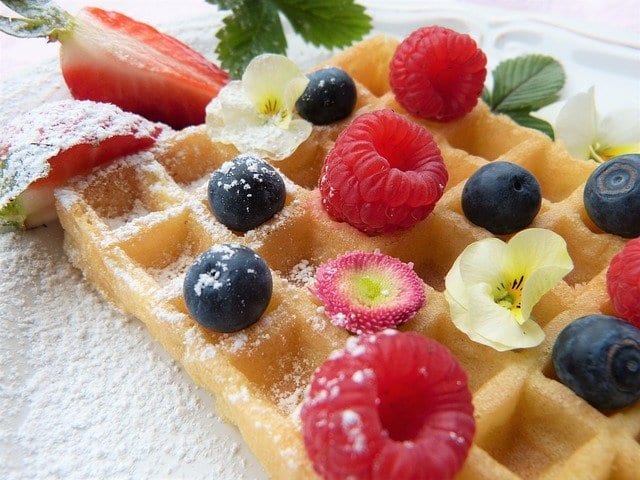 Believe it or not, the practice of cooking or garnishing dishes with edible flowers has been widespread since the time of the Ancient Romans. Of course, just like any other fashion trend, they fell in and out of favour as the millenia went by.

Edible flowers, for instance, were forgotten for centuries but then remembered again during the reign of the mighty Queen Victoria. After which the world promptly moved on to bigger and better things in the kitchen.

Until the 60s that is, when edible flowers were all the rage. The flower power movement, anyone? Not only were they used as garnish but cooks all over even put them in gelatine. But then they put everything in gelatine back in the 60s.

So now that edible flowers are back in trend, let’s list a few and see what exactly you can use yourself this spring from the edible garden 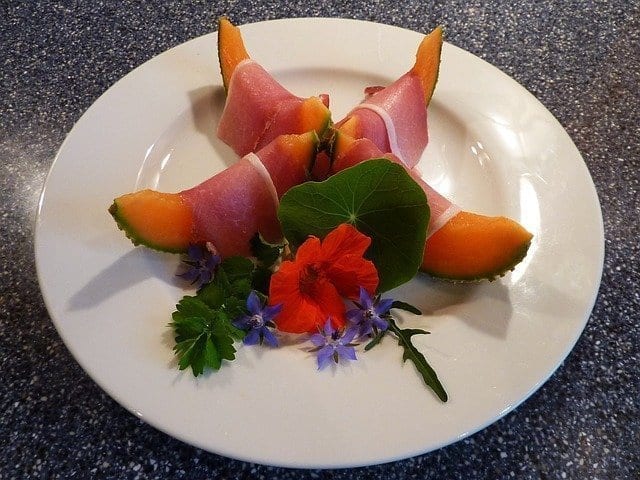 If you have never tried borage flowers before, believe me, you will fall in love with them. For two main reasons. They are amazingly beautiful – these edible flowers are small, purple blue in color, and are shaped like stars.

Apart from that, they taste similar to cucumbers, which is why they are mainly used in salads. In fact, people have been adding them to salads ever since the Elizabethan Age.

And here’s a tip for you. Don’t shy away from sprinkling some borage flowers into your lemonade or gin and tonic. The drinks will be beautiful and taste heavenly! 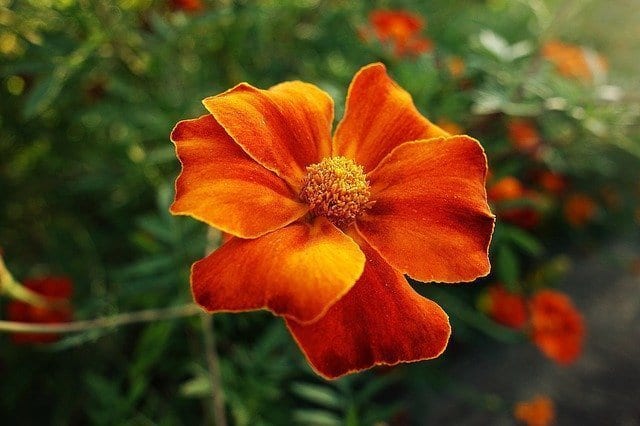 Did you know that calendula also goes by the name ‘poor man’s saffron?’ This might clue you in as to why it has been used as an edible flower for so long.

But it’s not only its color that links it to saffron. Calendula actually tastes like its more expensive cousin if you fry it up a bit in olive oil. That’s when it gets to release all of its wonderful flavors.

So what can you do with these edible flowers this spring? Apart from cooking them in olive oil, you can also allow calendula petals to infuse in oil. Spray it over meat and vegetables, take them to your BBQ hut, and impress your whole family and friends with a luxurious taste!

Speaking of BBQ huts, if you’re organizing an outdoor cookery, you can also serve deviled eggs as a hand held food. Garnish them with raw calendula petals and they will develop a sweet, remarkable flavor. 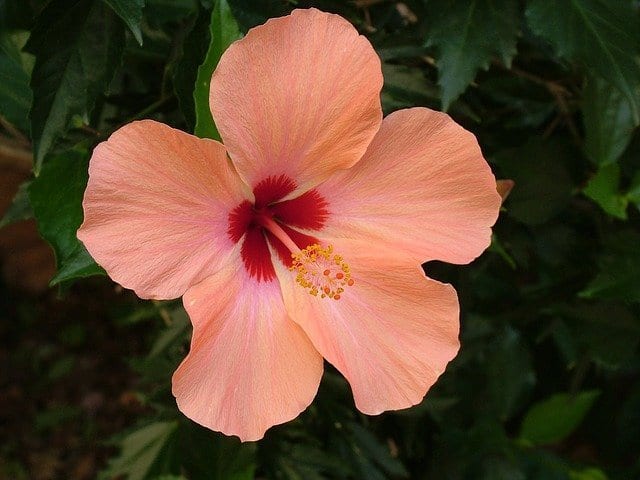 I’m sure you already knew about these edible flowers, but they are still worth mentioning. Hibiscus flowers taste very much like cranberries. They are mostly tart with just a hint of sweetness to them.

This is what makes hibiscus the perfect addition to any cocktail or tea you serve this spring. Whether you enjoy it by yourself in the garden or with your friends! 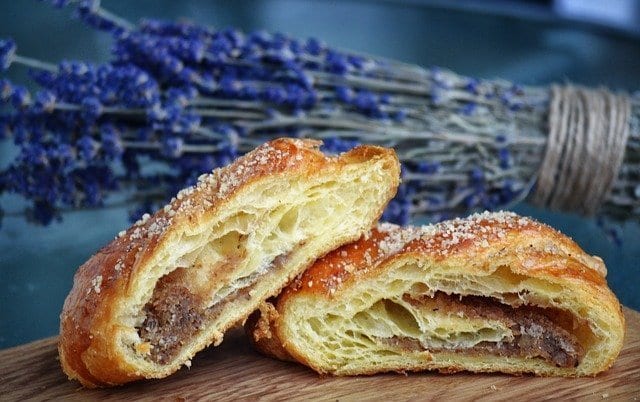 Here is another one you might be familiar with when it comes to edible flowers. Lavender is not only very fragrant but tastes delicious as well. It has a slight bitter taste to it, so be careful how you use it.

The best way to enjoy lavender is to add it to a glass of champagne, or sprinkle it over vanilla ice cream. However, if you really want to be decadent, I suggest dropping a few blossoms of lavender over a slice of chocolate cake. Enjoy! 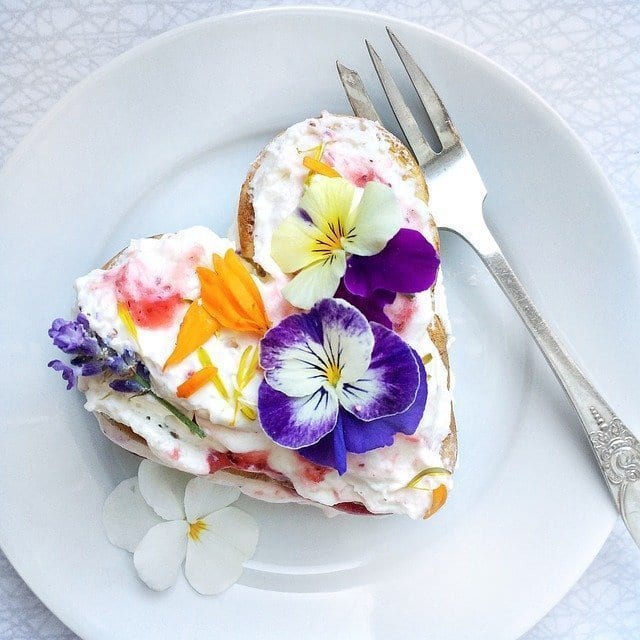 Although they look like the most elegant and delicate of flowers, pansies fall into the savory category as far as taste is concerned. The reason is that they taste very fresh, like a herb, and almost minty.

As a result, I suggest you create a set of appetizers with these edible flowers. Start with scones or simply toast, spread some cream cheese on it, and finish with some fresh pansies. 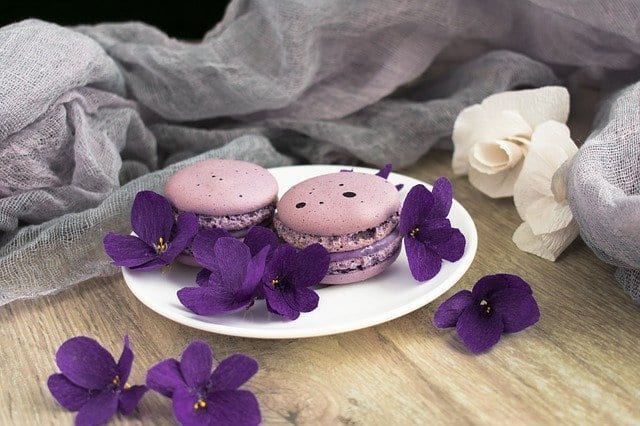 These edible flowers have been a staple in the kitchen for decades now. This is the main reason why we now associate them with retro recipes. Remember Aunt Petunia’s pudding from Harry Potter? It was described as having a ‘mountain of cream and sugared violets’ on it.

Most likely inspired by dessert recipes from the 60s, Aunt Petunia’s pudding is the perfect example of what you can do with these beautiful and tasty edible flowers. Sugared violets are great for decorating cakes, pies, tarts, and of course, puddings with cream.

If you can, always buy your edible flowers instead of picking them yourself. Out in the wild, the flowers run the risk of having been exposed to pesticides. Unless, of course, you are growing edible flowers in your own garden, which will surely make your spring a fantastic one!

Check out my Keto Recipes for more food inspiration!

What Did We Do During Half Term