Home » Worried You Have a Wasp Nest in Your Property? Here’s How to Tell 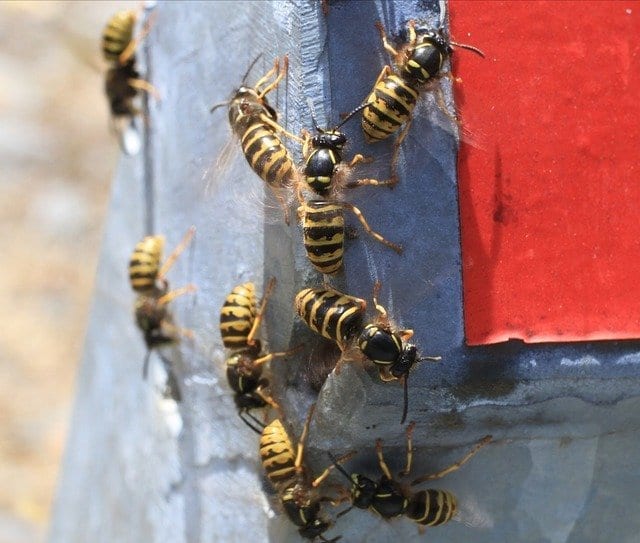 As summer approaches, the risk of wasp infestations increases too. Wasps are one of the most aggressive and territorial insects and they can be incredibly unpleasant if you happen to have an infestation in your home. In the UK, there are two main wasp species, German wasps and Common wasps, with Common wasps being the most likely to nest in buildings. It can be difficult to know how to control wasps and to know if you have a wasp nest in your property, but in this guide, we’ll show you what to look out for and what to do if you find a nest.

You may think of wasps as a burden and while you don’t necessarily want them in your home, there are benefits to the ecosystem in having wasps. Wasps play a vital role in controlling the number of other pests such as weevils or caterpillars, ensuring that we’re not overrun with crop-destroying bugs. During the summer season alone, social wasps account for 14 million kilograms of insect prey. Wasps are also excellent pollinators and transfer pollen as they move from plant to plant in search of nectar. By late summer, wasps stop raising larvae which are responsible for converting their protein-rich diet into carbohydrates to feed the adults. With no larvae, wasps need to seek out other sources of sugar, which is why they can become bothersome in the warmer months as we’re more likely to be eating and drinking outside.

How Can You Spot a Wasp Nest?

Wasps can be spotted flying in and out of gaps in exteriors of buildings as well as bushes and above ground plants outside. They’re partial to building overhangs, lofts and eaves, bird boxes and shutters. Empire Pest Control owner Mark Stanford explains that wasp numbers “increase over the next couple of months you would expect to see wasps foraging for nesting materials which would be things like wood chippings and bark. The most obvious sign of a nest is wasps going in and out of small holes around guttering air vents, and the numbers will increase over the summer.” 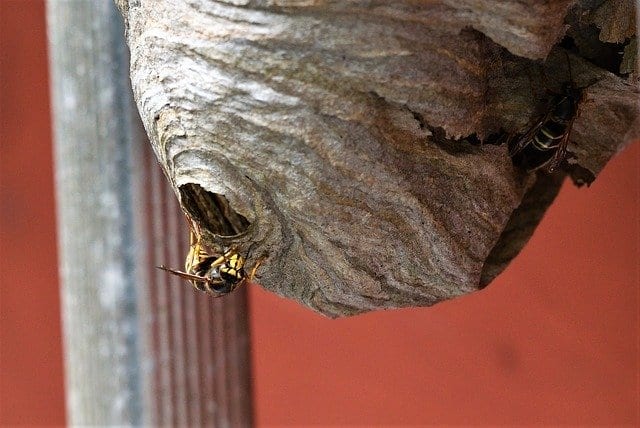 Before the numbers of wasps become high, it’s a good idea to be on the lookout for any wasps entering or exiting your property, as well as to check for any gaps or crevices that could be a potential entrance for them. Wasps seeking food will also be prominent around open bins or you may be able to spot them returning to the same flight path over again. If possible, you should try to contact pest control experts while the number of wasps is lower as it will be easier for them to tackle the problem if the infestation is minimal.

How to Deal with a Wasp Nest Infestation

If you suspect that you may have a wasp infestation, it’s important not to attempt to tackle it yourself. It may seem like something that’s easy to manage but wasps are very territorial insects and can quickly become aggressive. It’s especially important that you don’t attempt to control a wasp nest yourself if you or anyone in your home has an allergy as this makes it even more dangerous. Experts have an in-depth knowledge of wasps and their instincts and behaviours, so they know exactly what to look out for and how to manage the situation properly. They can also provide advice to homeowners to help them prevent further infestations from becoming an issue. This includes ensuring that gaps and crevices are filled to reduce the number of sites that wasps can get into, as well as keeping the area clean to reduce access to food.

Pest control professionals have access to protective equipment, including respiratory equipment, so they can handle the infestation safely. Experts trained in wasp control are also more adept at working in tighter spaces so they can handle the nest effectively without difficulty. Calling in a pest control professional to handle a wasp nest is a far safer way of tackling the problem and will not only ensure you don’t get stung but will prevent the problem from reoccurring later on. If you’re concerned about wasps in your property, it’s a good idea to get in touch with wasp control experts who can offer advice, guidance and safe removal of the nest.

Tags: How do deal with a wasp nest, Wasp Nest In Your Property

Moving Into a House for the First Time? Don’t Overlook These 7 Things

Savvy Ways To Renovate For A Profit

Here’s How To Find Design Inspiration For Your Home